Migraines Held Me Back Until I Changed My Diet

I can barely remember a time when I didn’t hate the word “migraine” and its little sister, “headache.” I had my first migraine when I was 9 years old. After a few doctor visits and undergoing the necessary scans, I was diagnosed with migraines. This news didn’t surprise my family; my father, two aunts, and a cousin also had the occasional migraine. “She’ll grow out of it,” I remember them saying. I was too young to really grasp what any of it meant. All I knew was that I’d periodically get excruciating pain on one side of my head, and I’d have to lie in a dark, quiet room until the pain subsided.

Throughout my childhood, I was dragged to more doctors and had more scans, but the treatment options remained the same: painkillers and patience. I hated migraines for having taken over my life. I sought refuge in tasty treats whenever I felt a migraine coming on. I stuffed myself with doughnuts or muffins, finding temporary pleasure in the sweet taste. Sadly, this troublesome relationship with food soon turned into something dangerous. A doctor who believed that yeast was the root of many ailments told me to stick my finger down my throat and induce vomiting in order to prevent a migraine attack whenever I had eaten any food containing yeast. I ultimately employed this strategy as a way to avoid gaining weight, and I developed bulimia.

Get the Meal Planner

Even though doctors hadn’t helped me resolve my health conditions, I still pursued a career in medicine. I studied the body while I battled my own. In my first year as a medical student, I was admitted to the hospital for analgesia withdrawal and detox. The regular use of vomiting and analgesia led to gastritis, constipation, and medication-overuse headaches. I spent the majority of my fourth year of medical school bedridden and in pain.

After graduation, I moved to the United Kingdom to work as a doctor, hoping to start fresh by hiding my migraines from colleagues. I loved my job, but as time went on, I felt professionally frustrated, since my migraines rendered me incapable of completing my membership exams. My family was wrong; I wouldn’t just grow out of it. Finally, I threw in the towel and stopped practicing medicine as I knew it.

Healing From Migraines Through a Plant-Based Diet

As food was associated with my greatest downfall, it would soon be the source of my greatest success. In 2018 I happened to attend the Nutrition in Medicine Conference organized by the Plant-Based Health Professionals UK. It was the first time I was introduced to the idea that food could be medicine. That simple truth changed my life forever. I set out on a new journey that harnessed the power of nutrition. I had been vegan since 2014, but now I learned about a no-oil whole-food, plant-based diet, and I started reading articles and watching webinars. I was inspired by the personal stories of how people overcame the greatest odds by modifying the foods they put into their bodies. I allowed myself to wonder whether such a diet could address my life-long attacks of migraines as well. The truth is, I was desperate.

Finally, in April 2018 after a five-day migraine attack, I adopted a whole-food, plant-based diet, which was free of oil. Five days into the new diet my ever-present migraines disappeared. On the 11th day, I did develop a migraine, but it was short and less intense. Over the past two years, I have averaged just two migraine days per month—down from 18. For the first time in years, I have my life back.

Forks Over Knives has been a pivotal part of my journey. In the early months, FOK was my sole source of delicious WFPB recipes. The gorgeous pictures and creative ideas made me believe I could incorporate this diet into my life. Some people call my diet extreme, but the truth is that no food, no matter how delicious and appetizing it may be, is worth sacrificing my life and my dreams for.

My commitment to helping others through nutrition led me to complete T. Colin Campbell’s Plant-Based Nutrition certificate, and then I decided to pursue a postgraduate degree in nutrition. In 2019 I earned a master’s degree with distinction in Clinical and Public Health Nutrition. I can’t regain the years I’ve lost to migraines, but it is comforting to know that I am now equipped with the knowledge and skills to help other chronic disease sufferers reach a better life at the end of the tunnel.

Ready to get started? Check out our Plant-Based Primer to learn more about adopting a whole-food, plant-based diet. 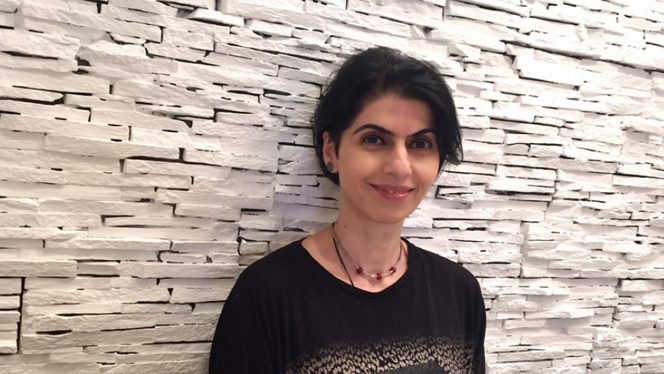 Global Meat Consumption To See Biggest Drop In Decades, According To UN Data